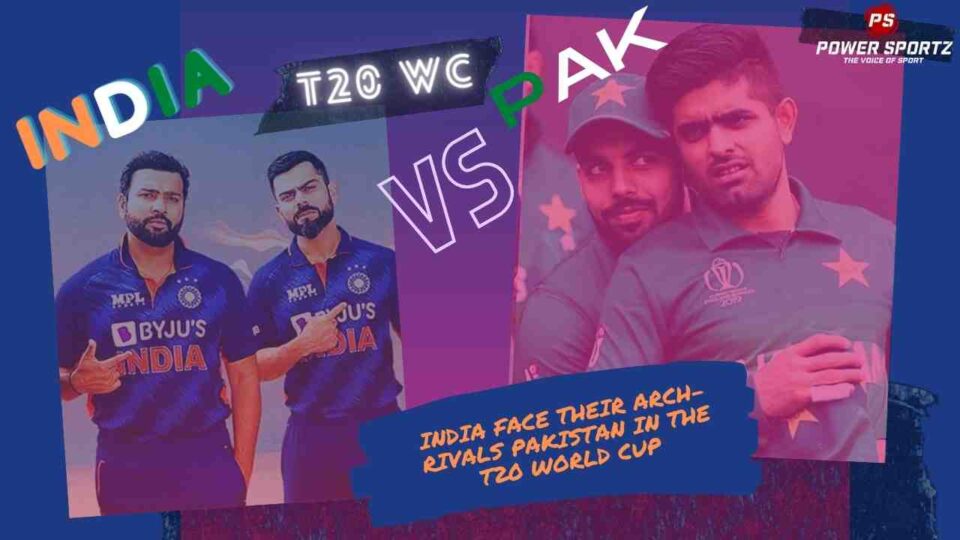 India plays their first T20 World Cup game on the 24th of October against their arch-rivals Pakistan. The match will take place at the Dubai International Stadium at 7:30 pm IST. Virat Kohli’s side enters this match with great momentum after beating England and Australia in their warm-up games. On the other hand, Pakistan enter this game after defeating the current world champions West Indies; however, in their second warm-up game, they lost to South Africa.

Both these teams are the favourites to progress into the semifinals from their group; This is because on the ICC T20 rankings these two teams are in the top three positions in the world. India has a rating of 266 and is coming second in the ranking; Whereas, Pakistan is five ratings behind their rivals in third place. The other countries in their group are Afghanistan, Namibia, New Zealand, and Scotland.

India has never lost to Pakistan in the T20 World Cup

MS Dhoni’s side has never lost to Pakistan in the T20 World Cup; The teams have faced each other five times but the Indian’s have always managed to defeat their neighbours. However, this time Babar Azam feels confident that his side will beat India in UAE; The skipper expressed that, “When you go into a big tournament, what matters is your belief, the confidence you have within the group. As a team, our confidence and morale is very high. Past is gone, we are not thinking about it rather we are focusing on the future. I am confident that we are well prepared and will play good cricket in the match.”

Pakistan’s captain further added that “As far as the conditions in UAE is concerned, since I have been playing cricket, we have played in UAE in the last 3-4 years and we know how the wickets will behave and how the batsmen need to adapt themselves. On the day, whoever plays better cricket will win and our aim is to play best cricket and if you ask me, I think we will win,”

Who do you think will win this match between India and Pakistan?