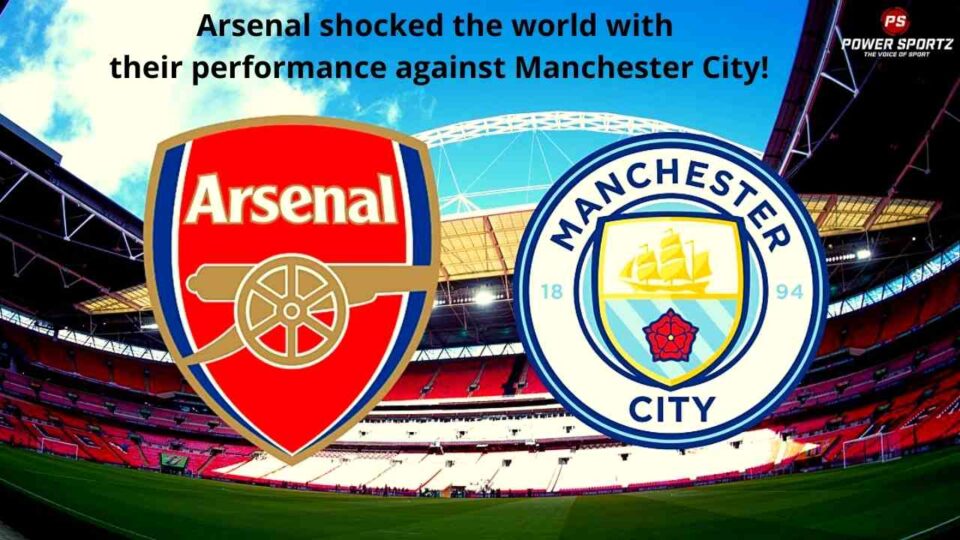 Arsenal has been struggling ever since they sacked Wenger in 2018; the club has been struggling to qualify for the Champions League; ever since which has strained their finances and caused a lot of agony amongst the fans. However, this season under Mikel Arteta the club has shown glimpses of moving up again; currently, after featuring in 20 league fixtures the Gunners are coming 4th in the league 6 points behind Liverpool. Later trailing behind Arsenal on the table are; the trio of West ham, Tottenham, and Manchester United; all these sides will be pushing for the fourth spot n the table as they hope to qualify for the UCL next season.

In Arsenal’s first game of 2022, they hosted league leaders Manchester City at home; before the match started the visitors got attained a significant advantage as the hosts played without their manager in this game who was sidelined for this game after contracting the coronavirus. Despite losing their manager the hosts were prolific in the way they played. The Gunners managed to take the lead in the match as Saka glided a goal in the 31st minute of the game!

Arsenal stumbled in the second half of the match!

Despite being the better team in the first half of the match; the gunners lost their way in the 57th minute as Xhaka conceded a penalty which was further scored by Mahrez. Later there was misery for Arsenal as in a highly controversial manner Gabriel saw red for two yellow card challenges that he had commented. This card changed the whole structure of the match and gave a huge advantage to the visitors. City sealed the faith of the game in the 3rd minute of additional time as Rodri scored a close-range effort.

This match led to football fans from all over the world criticizing the referees; this us because there were many inconstancies in the way the game was officiated for the two sides. Many football pundits and ex-players felt that the result of this match was extremely unfair for Arsenal and the Premier League must take action to insure that there are more fair games in the near future!